August 25, 2020, Greatway Technology announced that GLB3500M fiber link had been successfully used in the RF extender system for the bicycle race of the “tour de France”.

Tour de France” is the world’s most prestigious and most difficult bicycle race. Staged for three weeks each July, usually in some 20 daylong stages, the Tour typically comprises professional teams of 9 riders each and covers some 3,600 km (2,235 miles), mainly in France. It is watched by huge crowds from the roadside and is televised around the world as one of the supreme tests of athletic endurance.

Wireless cameras coming from motorcycles, helicopters and planes for the bicycle race were broadcasting through GLB3500M devices (80 channels in 190 countries, 1 billion of viewers) during the "tour de France ''.

GLB3500M is a 45~2600MHz RF over fiber transmission products for DVB-T and Satellite L-Band signal point to point or point to multi-points transmission. Some GLB3500M converters are used to carry UHF data carriers, other are used to carry L band.  The wireless camera signals were sent to the nearest fiber hubs, where GLB3500M converted all RF signals into fiber to and from the center office. 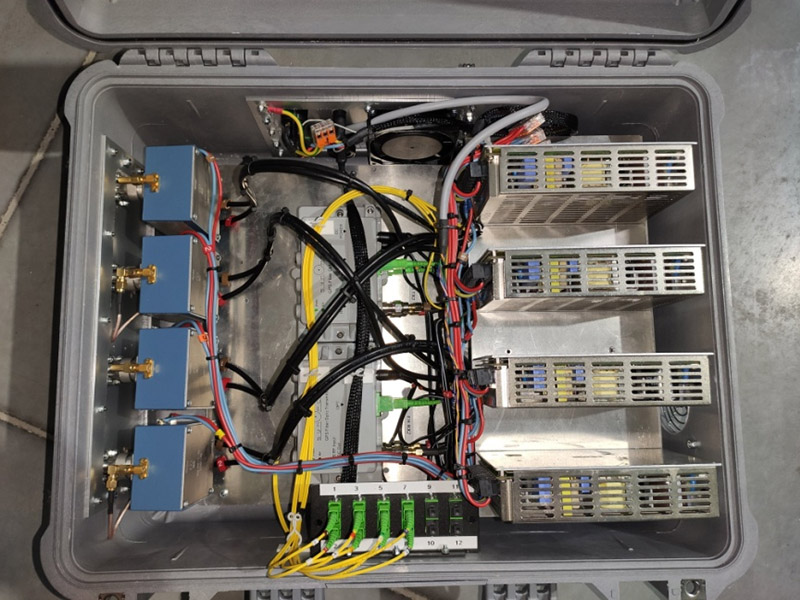